All About Beatrice Moliere

Born a schizophrenic and raised by a middle-class family, Beatrice Moliere struggled immensely to get her hard science educations. Though once she attempted learning magic as well it went wrong, an arcane discharge to her face changed her personality forever. Beatrice, now more unhinged than ever uses her near-limitless creativity and knowledge to advance technology of Revaliir, one odd contraption that even she doesn't know the workings of at a time. Her only known friend (and the only person who can assert any sort of control over her) is Verena Larsvor, someone she knew before taking arcane discharge to the face.

As of today, Bea wanders the world aimlessly. Unhinged and uncensored, Beatrice will make science with anything she can get her hands on, leaving a trail of advanced technology in her wake. 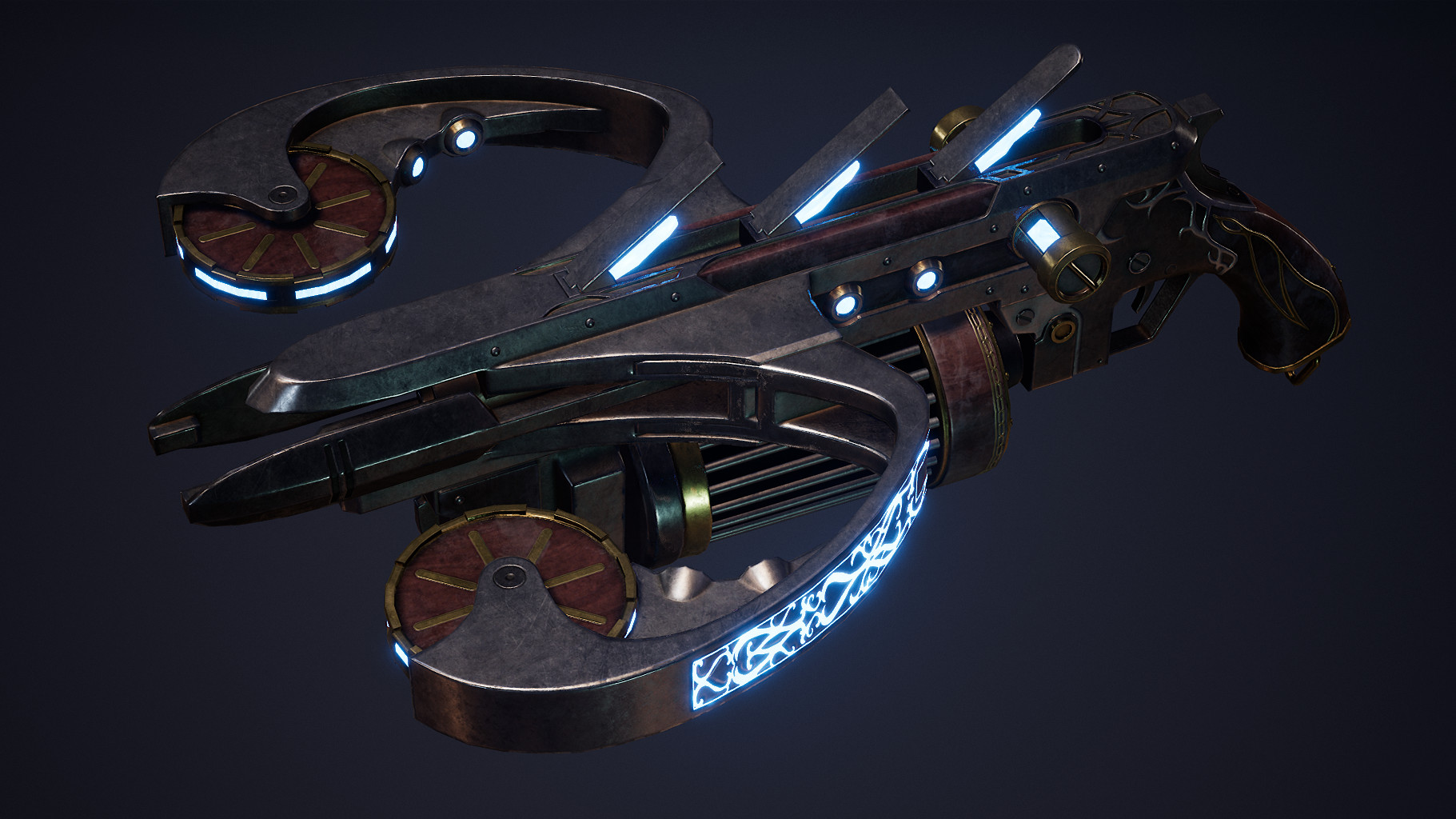 A repeating crossbow prototype which a spellcaster attachment. To cast spells, Beatrice will pull a lever located on top of the crossbow which locks the crossbow's firing mechanism and relieves the firing strings for as long lever is janked forward. With the weapon in this configuration, Beatrice can't fire cross bolts from it but she can cast (or fire) spells from it. The primary spell she uses is a healing stream which gradually mends an ally but she can also lob explosive fireballs or magical projectiles from it.

Several wrenches and a toolkit