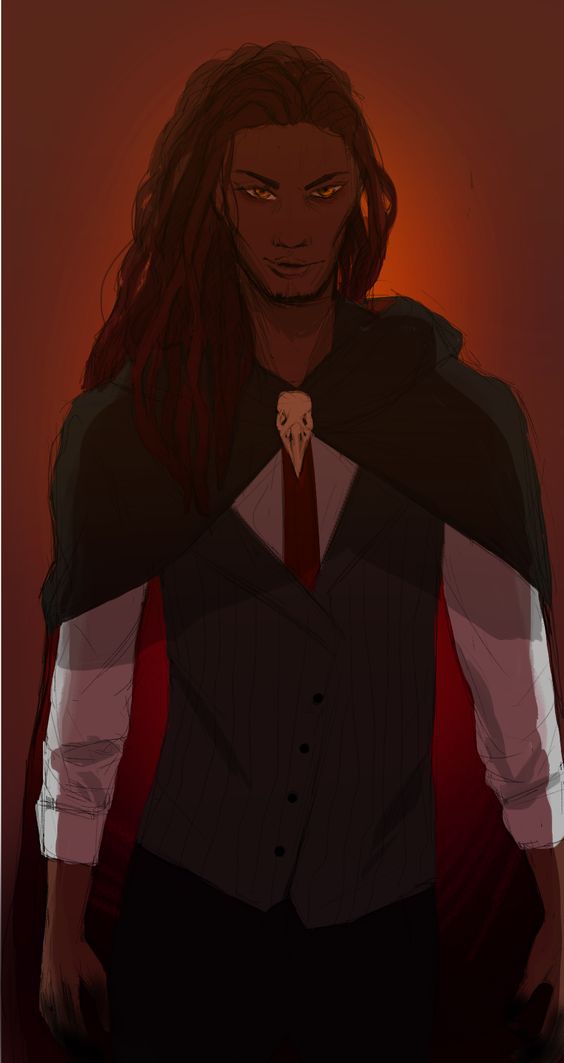 History: Born to a lower class couple in Mamlak City, life was difficult for him growing up. His father, Michael worked in the mines and his mother, worked as a soldier. They never had a lot but they had each other to get through the hard times. He learned from his mother how to use a sword and become a great fighter. At the age of nine, he learned something that would change his life forever. Michael was not his birth father. His birth father held dragon blood which meant he was part human part dragon. It took some time to adjust to this news but he soon came to accept it.

Michael was still his real father in his eyes. He was the one to raise and care for him. After he learned about his bloodline, he began practicing in the hidden magic within him. It was around this time that he became a strong warrior. But he was a young teen and reckless. He ended up burning part of a tavern down and had to repay the owner by working as bartender for the next three years. During that time, he discovered his talent for creating and mixing alcohol and drinks. Once he was free from his debt, he began earning enough cash to get his parents in a better home. He then began travelling Revaliir, bartending for any available travels and hunting for monsters in his spare time.
Leather

A piece of leather. Maybe it can be used for something?
2
Alchemy Kit

This kit contains all of the tools an alchemist might need, including vials, a mortar and pestle, and a calcinator. May also include an alembic.
1
Houseware Tools

Increases the physical strength of the user for a short time.
1
Hunting Bow

Meant to be worn on the hands, these gloves are sturdy and warm.
1
Dagger

A short, bladed weapon with a sharp point. Can be used to slash or pierce an enemy.
1
Common Tunic

A simple garment which might resemble a long shirt that stops somewhere between the wearer's hips and ankles. The sleeves may be long or short, depending on the local climate.
1
Common Trousers

Sometimes called pants, this garment is worn on the lower body, and covers the legs. These trousers are long and extend down to the ankles.
1
Buckler

This small, round shield is gripped with the fist. It is highly maneuverable, and a popular choice in melee combat.
1
Broadsword

A simple sword of steel construction. Serviceable, if not exceptional.
1
Boots

A sword with a grip long enough to allow for two-handed or one-handed use. This blade is used to cut into enemies.
1
Backpack

A hardy pack, with two straps that allow it to be worn on one's back. It's ideal for carrying supplies while on the move.
1