Age: 59 years of age; for being a dragon she is sill extremely young.

Height: As a human she stands at a mere 5'2". Helanaii rounds to being about 10 ft. tall at the shoulders, and from nose to tail tip she stretches out to a whopping 37 ft. long, she is certainly not the largest of her kind.

Weight: In her dragon form this female could certainly break the scales at 7 tons, yet as a human she weighs around 164 lbs. Still above the average weight, but as they say, muscle is heavier than fat.

Weapons of Choice: Unfortunately, she is not very talented using weaponry outside of her own, physically built powers. She relies on her sheer wits and immense strength to overcome those who stand opposed to her.

Armour of choice: Whatever her thick hide provides her.

Magical Abilities: None. Funny enough, Helan actually holds no belief in magic. Even if it is used around her, she still signifies it as work of the demons.

Appearance:
A young woman, perhaps very early twenties who seems to be the shorter of the pick, but with a heavier build. She is well-muscled, slightly leaner. Dark espresso hair drapes to her shoulders with wild waves that add good volume. Bright hazel eyes stare back from her lighter olive skin. Two beauty marks, both on her chin really causes her to stand out from other young women. One on the left of her face, the other on her right. Overall in attractive appearance she only seems to be slightly above average, nothing draw dropping or anything to bring her to attention.
——-
Two large hazel-green eyes peer out from a thick skull tipped with a black wickedly sharp beak. She has a lighter pine green skin that stretches like a canvas over a mass of rippling muscles, yet her dermis is completely devoid of scales. Thorn-like spines decorate her body and either raise or lower with her mood and emotions. Thick plates begin at the top of her skull and run down her spine, acting as a natural armor. Instead of a normal western drake which has two wings, Helanaii has four. This gives her a great advantage in life, diving, and climbing. Her wings are feathered yet each has a set of hand-like talons that allow her to occasionally use her wings like a Wyvern, being that her front arms are much shorter than her hid legs. Doing this creates a more even stance, and adds a bit to her intimidation and height.

Born high up into the mountainous regions, Helan was born to an escapee, a young woman. Danyca was on the run, escaping her lifetime of service. Her father did not care for either of their existence, as far as he was concerned he was only passing on his genes to perfect their species, Helan's mother however had long ago grow tired of the ill treatment she received from their masters and fled the first opportunity she was given with months of careful planning.
She birthed within a small, cold cave and managed to keep herself and her offspring alive, so it was now just the two of them. Being a single mother was a challenge, and it was safe to say that besides the squirrels, Helan had never had any other friends, nor had she seen another human in her entire adolescent life.
Growing up, she was a dragon. She did dragon things. Ate squirming creatures, flew over vast expanses, and collected a small horde of random objects. Eventually however, Helan's mother grew irritated and started slipping her sanity. Danyca became extremely paranoid they would be discovered and forced to return, so she began taking out her paranoia on her only daughter. Helanaii was taught from very early on how to lay low, play it sneaky, and blend in with her surroundings.
When a group of humans began to build in the valley that was used for a primary food source, Helan began to see less and less of her mother. Sometimes Danyca would return with cattle, and sheep. Animals the young female never really saw before. Her mother would usually disappear for a few days to hunt, leaving the curious and mischievous teenager to go out and explore, but when the days stretched on into weeks, and the weeks turned into months, Helan experienced loneliness she was never aware of. She was suddenly forced to hunt for herself. From off the start, she was almost immaculate due to her poor hunting skills, but as she aged she perfected her huntress side of herself. Eventually the human settlement grew larger to where it interfered with Helanaii's hunting grounds. She had been told horrible stories of such creatures, which rooted a deep fear for them. When she came into first contact, she laid low the village and destroyed the crops. Causing complete chaos upon the villagers.
Now that the food sources were scarce and all but depleted for a growing dragon, Helan set out to discover new lands and territories. She traveled many miles, flown overseas, and yet again came into contact with many men. It wasn't until she was in her mid twenties did she access her ability to shape shift, and when she did she was completely confused. The first time she shifted, she was on a soft sandy shore resting. Completely unaware that she was being hunted by a small group of slayers. When she woke from a spook, she took off running, springing a trigger to a net trap. The shock forced her to transform herself; when the men arrived to the triggered snare they were baffled as they stared at the body of a naked woman in their net. They released her, and through all of her odd hissing and snapping, eventually managed to bring her to an inn. From that point Helanaii began to learn that humans aren't as frightening as she had labeled them.
Years again past, and she had grown close to many men. She served them like a dog would; accompanied them everywhere, assisted them, fought off any threats, and led them to great plunders. But eventually they died from a sword, illness, or any other mean. So she continued to hop from human to human. She fell in love with the soft, squishy race and all of their different personalities.
Now she spends her time drifting about and exploring, still searching for a long-time master to give her a purpose in life.

Guardian Species: They were dragons, guardian dragons to be a bit more specific. And as guardians they were given the mundane task of pledging their life of loyalty to their masters due to an undying, unnatural instinct. Whether they were to guard simple treasures, great loots, or charge into war as a mighty mount.
They were certainly built as wolverines in the dragon world, their smaller size was weighed even with unmatched strength and ferocity. Their senses are keener, their bodies built to complete perfection, and they even had an ability to shape-shift into a single human form. Lore has it that because of their love for the humans, they eventually became human themselves. They sold for a pretty penny in the past to great kingdoms, but eventually the men and women began to mingle with the Guardians and their kind began to slowly die out. Now they are becoming known less and less to the point that people have mostly forgotten about their existence. Only a single smaller castle continues to keep the bloodline going, but the owner of said estate is not known for his compassion. Whatever beasts come from within his gates are sure to have a nasty attitude. 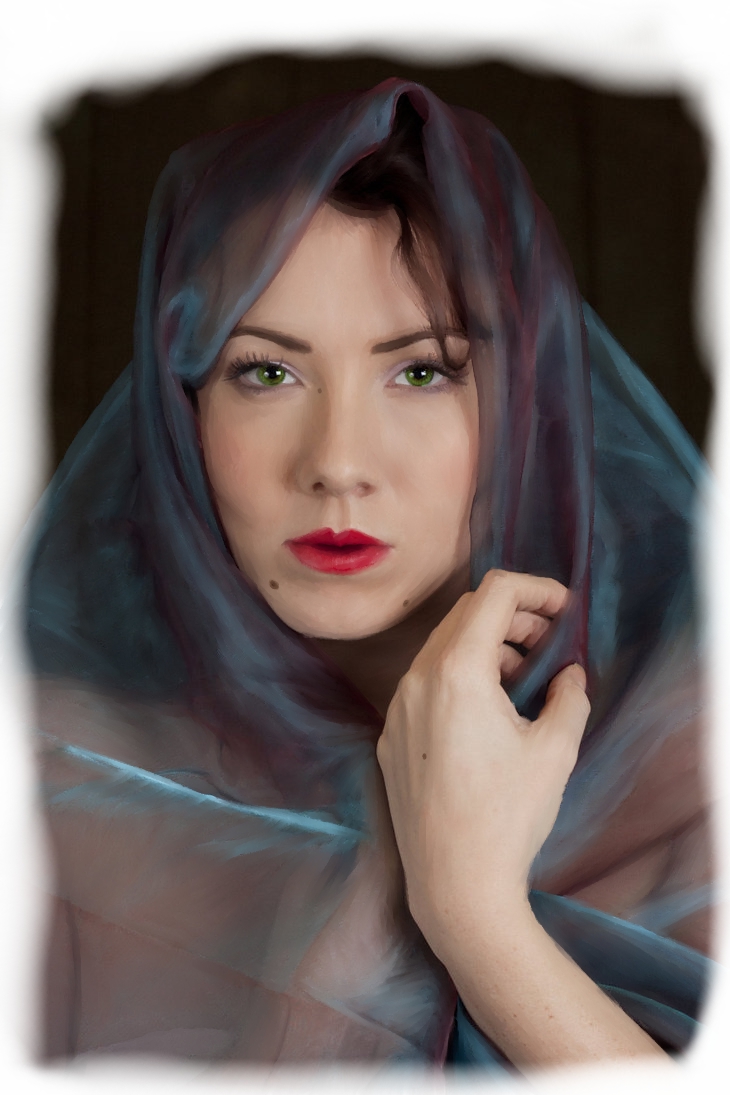 A simple piece of cloth in the shape of a triangle, usually tied around one's head.
1
Common Trousers

A simple garment which might resemble a long shirt that stops somewhere between the wearer's hips and ankles. The sleeves may be long or short, depending on the local climate.
1
Dagger

A short, bladed weapon with a sharp point. Can be used to slash or pierce an enemy.
1
Rapier

A simple dress, made of ordinary material, and suitable for general, everyday wear.
1
Cloak

This heavy, woolen cloak offers its wearer warmth and protection from the elements. It also has a hood, which can be drawn up to make the wearer seem more mysterious.
1
Slippers

These light shoes are delicate, easy to put on.
1
Mythic Polymorph

This spell allows the caster to take on the form of creatures larger than a bear. Mythic Polymorph can also be used to transform individual parts of your body into parts of the described creatures.
1
Lesser Agility

This spell grants the ability to move at heightened speeds.
1
Parvpora's Sight

This spell allows the caster the ability to see better in the dark.
1
Fire Breath

The caster exhales a blast of fire, burning and damaging a target.
1
Rope

A rope consists of fibers which have been twisted or braided together in order to combine them into a larger and stronger form.
1
Riding Equipment

Typically consists of a saddle and reins. Allows one to better ride a mountable companion.
1
Earrings

A piece of jewelry which typically pierces part of the ear.
1
Noble Necklace

A fancy necklace made out of precious metal and gems.
1
Angela Wan Tou

Named after the Goddess of Fertility, Angela Wan Tou roughly translates into Angela's Elbow. The Auzial Academy for the Gifted constructed this potion at the behest of a mysterious stranger who even named the concoction. The reasoning behind this name was the potion seems to behave like an elbow in that it knocks sense into people with unnatural, mental anomalies. Angela Wan Tou cures all spells and potions that effect the mind, and functions as a temporary barrier against these effects. It is the only known cure for Mendean Fu Ye. CodeAni's 2016 God Event, Madness and Disease
1
Ovata's Journal

Ovata was an interesting woman, for she had a vision; a vision that two people could be able to have a conversation over the span of Revaliir. She enchanted journals in the hope that it would allow two people to communicate over great distances. The conversations would disappear as one would go to reply to the last message.
Requires two people to both have a journal.
1