Same Old War by Our Last Night
Be Silent By Ravenface 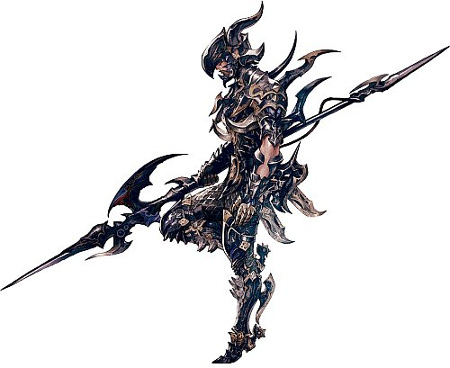 The barrier was broken and shattered, and a world was born. But it wasn't the one I was promised and very much mirrors the one left behind…
-Last Memory, Baeleth Dryearlylth

Height: 6'3
Weight: 180 lbs
Hair: Black, long
Eyes: Blue
Race: Seraph Elf (Elves that possess traces of angelic blood in them)
Personality: Baeleth tends to keep to himself and will appear to be focused. His obsession with changing the world for the "better", leaving him impartial to most things he witnesses. The only thing that he will intervene in is if children are involved in immediate danger. He has a high opinion of himself and those of liked minds while berates though that have grown comfortable and fat from the established way of order this realm follows. He despises those in power, whether it be kings or Gods or even the Voice itself and also faults the weak that do nothing to change their situations.

Family: Fisyn: Younger Sister
All other families, as well as their clan, are deceased.
Lump of Coal

A hard packed ball of coal that can be used for crafting. Can also be used to burn for a fire.
1
Quatl Feather

The tail feather from a rare feathered dragon found in the tropical regions of Revaliir.
1
Eldritch Matter

A clump of purple glowing essence that seems to have tentacles radiating from it. A synth ingredient for the 2019 God Event Dalanesca's Song of the Eldritch Unknown
1
Mystical Divine Bundle

A bundle representing Storms and Darkness. It had Dusk Fangs looped around Tempest Swords.
A synth ingredient for the 2019 God Event Dalanesca's Song of the Eldritch Unknown
1
Eternal Divine Bundle

A bundle representing the love of two parents affected the most at the first strike of Dalanesca's wrath. Has a Codex Page and a Soul Twig plant.
A synth ingredient for the 2019 God Event Dalanesca's Song of the Eldritch Unknown
1
Iron Ore

A piece of iron ore. Not very useful now, but maybe it can be combined with other things?
3
Boots

A simple garment which might resemble a long shirt that stops somewhere between the wearer's hips and ankles. The sleeves may be long or short, depending on the local climate.
1
Conjure Food

The caster creates a small amount of food, enough for a single meal.
1
Herbs

These herbs can be prepared in a variety of ways— ground into a balm, brewed into a tea, chewed whole, and more— and have a variety of properties that make them valuable to alchemists, healers, assassins, and more.
1
Hunting Bow

A simple sword of steel construction. Serviceable, if not exceptional.
1
Cloak

This heavy, woolen cloak offers its wearer warmth and protection from the elements. It also has a hood, which can be drawn up to make the wearer seem more mysterious.
1
Corpse Skin

A short, bladed weapon with a sharp point. Can be used to slash or pierce an enemy.
1
Pain Spike

This spell allows the caster the ability to see better in the dark.
1
Poison

This spell poisons a single target, draining their strength and stamina until the target is cured or the spell's effects wear off.
1
Strangle

Ethereal tendrils reach out and strangle the target, preventing them from speaking, and, in time, suffocating them.
1
Taint Weapon

The caster imbues a weapon with dark energy, allowing it to deal unholy damage for a short time.
1
Weaken

A three-pronged spear used as a pole arm style weapon. Can also be used for fishing.
1
Sarut de Noapte

A subterranean flower that is just as beautiful as its sap is deadly. One touch is lethal.
1
Dragonscale Boots

Boots crafted from the scales of dragons, they offer the best protection for the feet.
1
Dragonscale Chest

Crafted from dragon scales, this protects one's torso. The same piece will fit a man or woman.
1
Dragonscale Gauntlets

Gauntlets crafted from dragon scales, they are not the most flexible, but offer a high degree of protection.
1
Dragonscale Helm

Crafted from the smaller scales of the dragon, these leggings offer a high level of protection, without being as encumbered as when wearing plate armor.
1
Dragonscale Pauldrons

Pauldrons crafted from the scales of dragons, they offer the best protection for the shoulders.
1
Nefwyr, the Dark Warspear

Forged from the strongest steel in Baltil along with ebony dragon scales, Nefwyr is a dark and beautiful spear like instrument of war. Each end host a bladed head and is able to pierce through the mightiest armors. Furthermore it can split in half into two smaller weapons.
1
Shadow Meld

This spell allows the caster to shroud themselves into the shadows of their surroundings. The effectiveness of the meld is depended on the amount of shadows supplied in the area.
1
Hunter's Instinct

Increases the physical strength of the user for a short time.
1
Timber

A simple block of wood. Maybe it can be used for something?
5