Character Info
Name: Dante
Age: 500
Alignment: LE
Race: Sylvan Elf/Demon hybrid
Gender: Male
Class:
Silver: 411
View User's Profile
It wasn’t often these days that he would stray away from Sularia, but when it was possible, Dante departed for a few days to unwind with all these responsibilities that would have been tossed aside back in his past. But the times have changed and so did he…a bit. The lustful rabbit soon found himself in Nisshoki, one of his favorite places to visit in his wandering times. While they had an arrangement of beautiful women that he wouldn’t kick out of bed at all, his intentions for coming here were more sincere.

Sitting outside a tea shop, he sat across from the reason of being here at a table. A game of Go was between them and between four games already played, they were currently tied at two apiece and a new game was started. He was thinking hard over his first couple of moves, the normally whimsical look donned on his face was etched into a more serious one as he watched his friend carefully placed his own stones about, likely to be a few moves ahead. He took a quick sip at his hot tea and took his turn. “Still can’t believe that you’ve settled down… “, Rikichi spoke calmly as his eyes watched his opponents’ stone position. “Broken so many future hearts, my friend. Why I can hear them all crying to my ears right now.”

“Oh hush. You only say that because now you don’t have much competition”, Dante humored as he rubbed the back of his neck, “Now they can all want after you, old man.” A snicker shot out, knowing that Rikichi was only a century older, but it didn’t mean that Dante didn’t take pride in that. But he also knew that he wasn’t as lust stuck as himself and that the Rurouni had plenty of other things that took his time up aside from the occasional woman or two. “Honestly, I keep getting that from everyone. Is it that hard to believe that I could have found someone that could sate my appetite?” He gave a little shrug and continued, “Now the children part…I do admit that it shocked me so that I would find myself having them but the little darlings are like me, much to Lotus’ dismay. But I think they got a bit of her sadistic side, at least the boys do.” It was a dangerous combination of traits that the twins had gathered- Dante’s intelligence and Lotus’ ability to seek out and get what she wanted. But at least now the boys were off chasing after girls and not being a bother to him as much as they used to. Shiro basically had his heart in her hands, on the other hand. It wouldn’t be hard to see that she would be able to get anything she wanted from her daddy, if possible. 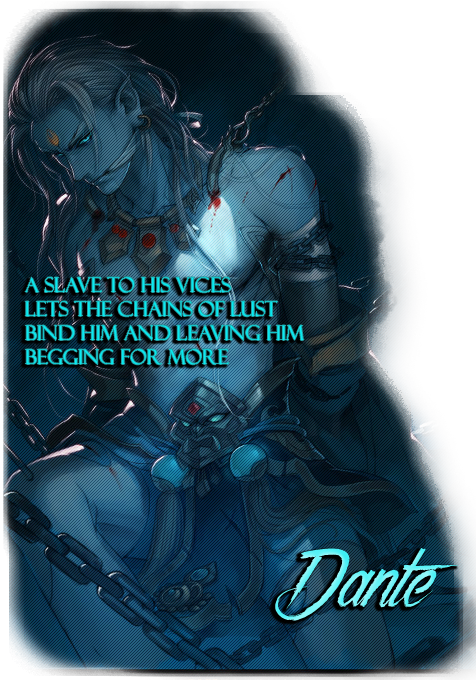 Character Info
Name: Rikichi Kuromiya
Age: Around 600
Alignment: TN
Race: Half Demon
Gender: Male
Class: Rurouni
Silver: 170
View User's Profile
Rikichi laughed softly as he took another sip and looked up to the beautiful blue sky above them. My, how the years rolled by for them indeed. If one was to tell him that his best friend would be taken in by a single woman, he would have called them liars. If they would have told him that Dante would have little ones running about, then he would have called them mad. But here he was and both were as true as the sun was high above. It was pretty humorous to him still and he made his next move, which captured one of Dante’s stones. Picking it and dropping it to his collection of prisoners, he thought for a moment about something.

“You do realize that in some way, we are related, right? You told me that your lover and my sister Junko are siblings?” The half-elf nodded while studying the battlefield for his next move. “Suppose that makes me your elder brother, though I’m not like Steele. As long as you behave, I won’t hit you.” How those two survived one another for centuries was beyond Rikichi’s comprehension. He knew well of Steele and aside from his occasional temper, he was alright. From what he had heard in the beginning was that even he now had a mate and children. “How does your father feel about this? Heaven knows what goes on in his head… “ After some thinking, Dante made his move and looked at Rikichi and shrugged, “As far as I know, he’s fine with our decisions. As long as they don’t interfere with his plans, he cares not what we do. Not to mention he thinks I will act more responsible because of it.”

“Just be careful, little bunny. You might end up with a litter or two by the time you are done.” It took him half as long as Dante to make his move and slouched into his seat more before taking a look at one of the finest establishments in town. He supposed that there was no coincidence that Dante picked this tea shop when it was right near it. “Hey now, are you even allowed to set foot in there?”, he teased while his friend made a face. “Of course I am. Lotus and I have an understanding…besides there’s nothing wrong with a little peek or two. She does it as well.”

Rikishi shook his head and poured himself some more tea. “So I take it that’s why you are in Nisshoki?”

“No, I needed a break. A change of scenery and also to see if you’ve heard from Junko about an…assignment she was given by father.”

“Afraid not. I haven’t seen her in ages. I take it that it's very important though?”

“Yup. Apparently, there’s another Rose sister among them. Feisty one she is. And it seems she’s in cahoots with one of my seedier brothers and they were last heard going up Parvpora. Where in the world they are? No one seems to know, but they are trouble. Big trouble.”

He hadn’t heard of this news, though when it came to either of their families, there was always room for more surprises. In any matter, this seems more like a case for Junko since she was devoted to Xunatar as a samurai was to their lord. If he was to get involved, then he would charge his normal fee to go up and apprehend them though it didn’t seem like an easy case from the sound of it. He held out a kind smile as one of the workers of the shop came out and refilled their teapot. “Thank you”, he spoke with a nod and she returned it before he poured some into Dante’s cup.

“Here we are, playing some go and talking like we are some old men.” When the words slipped out, he had to think about it for a moment before he burst out laughing. By definition, they were, by mortal standards they were a couple of old guys but to anyone else, they looked like they were just a few years into their twenties. He heard Dante have his own fill of chuckles before he took the cup and slowly downed it. “And yet I feel like I just grew up, my dear friend.” 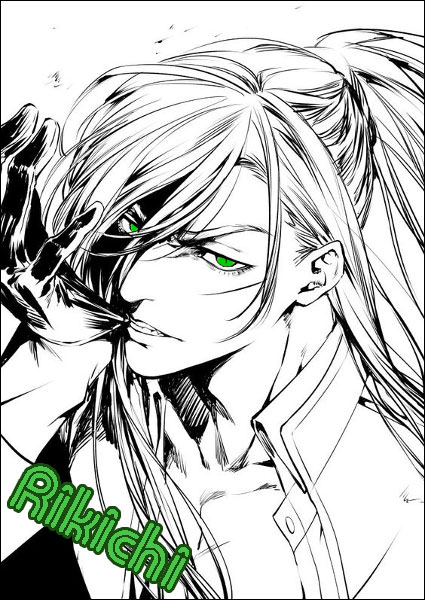