Character Info
Name: Dalanesca
Age: Unknown
Alignment: CE
Race: Former Deity
Gender: Female
Class: Assassin/Rogue
Silver: 10180
View User's Profile
VOTING IS NOW CLOSED!  See the winners below!
2018 Revaliir OOC Awards!
So we’ve been around a while, and we’ve got a wonderful user base - it’s time to shine the light on those members that stick out! Time for the first ever OOC Awards of Revaliir!  There are several categories down below, and your job is to nominate a user for each one of them! Send a PM to Dalanesca with your nomination for each category - you can nominate anyone! Regular members, admins, moderators, deities, even yourself! Literally NO ONE is off limits for this. Yes, this means the same person might win more than one category! Voting will be open until 12 PM CST on Tuesday, February 27.

Everyone who participates by voting will get a prize, as well… and there’s a special prize for all the winners!

Here are some explanations of the categories available for voting, and I have listed them without the descriptions again at the bottom of the post for easier copy+pasting. You do not have to vote for all categories - just for the ones you have nominations for.

You can send me either the person’s account OR their first name. If I have questions, I’ll figure it out. Also - I know I probably don’t need to say this - but be kind. None of these are meant to be offensive. It’s all in good fun.

Most Helpful
Nominate the member who you think is hands down the most helpful member on the site. Who is always hanging out in the Greenhorn’s Guild? Who is helpful on discord when you have a question?
WINNER: Cymbel (Shiloh_Kyrie)
Runner Ups: Brittlez (Angela Rose), Rachelle (Lirin), Stefan (CodeAni)

Most Energetic
For this category, nominate the member who you think is the most energetic! You can interpret this how you like - do they spam the discord with crazy fast messages? Do they post a lot? Are they just a little TOO ENERGETIC?!
WINNER: Brittlez (Angela Rose)
Runner Ups: Whitney (Dalanesca), AJ (Douken), Cymbel (Shiloh_Kyrie)

Loudest
For this category, nominate the member who you think is the loudest! Who is the chattiest in discord? Who is always typing in caps? Who just can’t control them self?
WINNER: Brittlez (Angela Rose)
Runner Ups: Whitney (Dalanesca), Kyle (Hiro Kouen), Telly (Darros)

Quietest
And now the opposite - who is always around, but hardly makes a peep? The site is better for their presence, but they don’t like to make it apparent that they are there?
WINNER: Gypsy (Porthyrius)
Runner Ups:  Telly (Darros), Stefan (CodeAni), Anton (Naota)

Most Sarcastic
Who is the most sarcastic person on the site? Who can’t help but to make snarky comments all the time?
WE HAVE A TIE!
WINNERS: Andrew (elusivephantom) and Whitney (Dalanesca)
Runner Ups: Brittlez (Angela Rose), Leon (Aegis), Stefan (CodeAni)

Most Evil
Who is always plotting and planning something diabolical?
WE HAVE A TIE!
WINNERS: Brandon (Xunatar) and Whitney (Dalanesca)
Runner Ups: Andrew (elusivephantom), Telly (Darros), Brittlez (Angela Rose)


Man Crush Monday
Bear with me here… Pretend it's Monday and you are SUPER INTO INSTAGRAM, and you are going to post a picture of your #ManCrushMonday. Which member is the picture of?
WINNER: Shawn(Larka)
Runner Ups: Serci (Serci), Brandon (Xunatar), Naki (Anise)… and I have to add a fourth: Telly a.k.a. Randall the panty dropping Telly (Darros)

Favorite Character
Which character is your favorite? (Please note - this is one of only two categories where the answer should be based on an IC character and not on the OOC writer).
WINNER: Shiloh_Kyrie (Cymbel)
Runner Ups: Natsumi (CodeAni a.k.a. Stefan), Xunatar (Brandon), Hacesh (Shawn)

Favorite Deity
Which deity is your favorite? (Please note - this is one of only two categories where the answer should be based on an IC character and not on the OOC writer).
FOUR WAY TIE!
WINNERS: Angela Rose (Brittlez), Xunatar (Brandon), Shiloh_Kyrie (Cymbel), Dalanesca (Whitney)
Runner Ups: Naota (Anton), Porthyrius (Gypsy)

Most Artistic
Which member has the most artistic ability?
ANOTHER TIE!
WINNERS: Gypsy (Porthyrius), Brittlez (Angela Rose)
Runner Up: Rachelle (Lirin)

Most Intimidating
Which member would you not want to run into in a dark alley?
WINNER: Whitney (Dalanesca)
Runner Ups: Brandon (Xunatar), Brittlez (Angela Rose), Shawn (Larka)

Smut King
This is it - which member (identifying as male) would you classify as Revaliir’s King of Smut? This would be the male writer with the dirtiest mind!
WINNER: Brandon (Xunatar)
Runner Up: Shawn (Larka)

Smut Queen
This is it - which member (identifying as female) would you classify as Revaliir’s Queen of Smut? This would be the female writer with the dirtiest mind!
WINNER: Whitney (Dalanesca)
Runner Ups: Brittlez (Angela Rose), Rachelle (Lirin)

Most Hyper
WHO CAN’T STAND OR SIT STILL AND IS BOUNCING FROM ONE TOPIC TO THE NEXT and hits enter and randomly capitalizes things and OH LOOK A SHINY THING
WINNER: Brittlez (Angela Rose)
Runner Ups: Rachelle (Lirin), Leon (Aegis)


Most Valuable Member
Which member do you think is a huge asset to the site? Someone Rev wouldn’t be the same without
WINNER: Telly (Darros)
Runner Ups: Stefan (CodeAni), Rachelle (Lirin), Andrew (elusivephantom)

Biggest Nerd
Who is Revaliir’s biggest nerd? Who knows everything there is to know about nerd culture and pop culture and games and etc. etc.? You know, you see them and you just wanna scream “NEEEERRRRRRDDDDDDD” at them.
THREE WAY TIE!
WINNERS: Kyle (Hiro Kouen), Naki (Anise), Andrew (elusivephantom)
Runner Ups: Cymbel (Shiloh_Kyrie), Telly (Darros), Gypsy (Porthyrius)


STAFF AWARDS:
We decided we wanted to give out a few silly awards, too:


Thank you so much to everyone who voted!
Winners: you will be getting a special prize soon, as will all of you who voted! 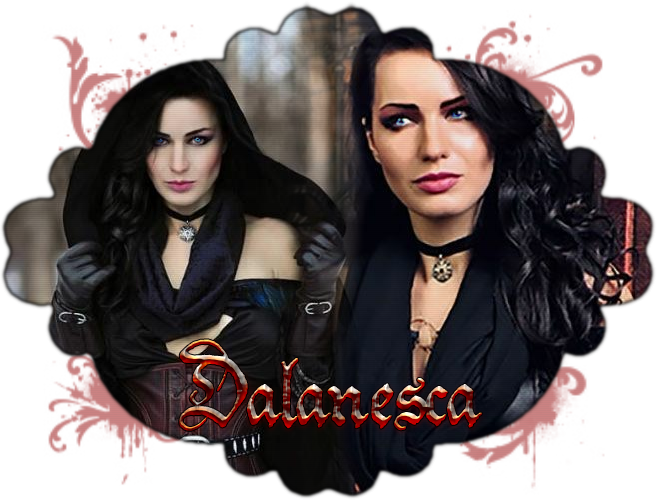