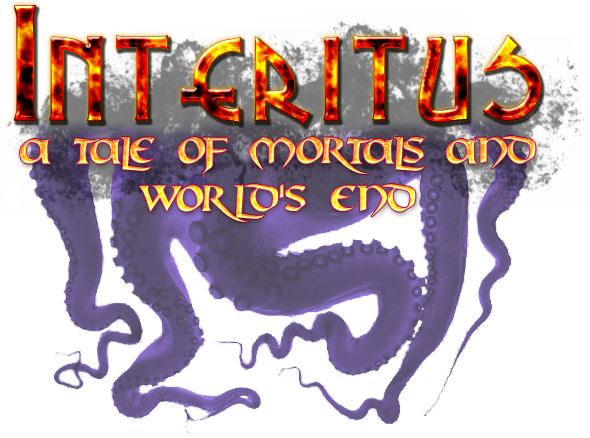 The end is coming screamed the paranoid freaks that walked many streets of Revaliir. They had done so since the beginning of times. No one had thought to believe them until the end was literally on their doorsteps.

Panic flooded the streets of every city, town, and settlement. Those who wore courage like a badge were able to round up the lost and coach them into being useful. They needed to be together as one for most to survive. Fights broke out between some countries. The biggest being Egjora lashing out at Sularia for their plan of action. It wasn’t smiled upon that everyone would get their hard-earned resources.

It was worth noting that after the council meeting between leaders that the Egjorian council all had bruised eyes as they left the final time. Message received, as some would say. It was hard to say which leader had clobbered them but if one had a good guess it was Willow of Sularia.

Preparations went smooth and soon the battlefields were divined by several parties. The most commonly chosen were where the forces would converged on. Though it wasn’t hard to guess where the eldritch beings would come from once the cracks happened once more. There had been a hit or miss here or there with the divination but soon the camps were settled near the larger cracks.

There were three factions for the gods. Angela would be in charge of rescue and healing. Shiloh and Adraejen were in charge of fortification and a facet of soldiers but nowhere near as big as the main forces. Zanar was in charge of the defense line by himself with help from the other two gods as backup. The largest force was the offense and that was split up between Serafina, Nemesis, and Sirona.

Gates were quickly established so the gods and other smaller units could quickly get from one place to the other mostly for conveying orders.

There were of course smaller cracks and spare soldiers were sent to deal with whatever would come through those. Cities were fortified the best they could be using magic but there was no telling what would happen.

On the tenth day of preparation the cracks ripped open letting out hundreds of smaller enemies. They were ones commonly associated with the void. From the sky were cracks that leaked out ethereal tendrils that seemed to be something trying to break free.

It was immediately decided by the gods to establish a united front that would fight in the Void itself. The only way to win against the bigger one was to hit it where they could. It was determined that this world eater was the one in charge that Dalanesca had dealt with. Its name was Azhizheth.

With Azhizheth’s arrival came two smaller eldritch beings, both emerging from the ruins of the Eteyllian Ziggurat on the bottom of the seabed. The sacred building which had so recently come to the notice of mortals was destroyed by Azhizheth's forces during the preparations, and now the two inhabitants of that prison are free to phase in and out of the three large cracks overland. The siblings made their names known as Dagron and Gol-Sleysh, and promptly allied themselves with Azhizheth.

The items gathered from the encounter with Dalanesca were quickly used to form barriers around the encampments against these fiends. It seemed these spaces were safe havens against the beings, but with the screeches of the creatures of the Void shattering the silence of peace, the war for life began.

TLDR: Rev is in trouble and gonna get destroyed if you guys don’t rise up and strike back!

Event Prizes are in Namita’s Relics as usual!


PS: Stefan updated the Void description so make sure to check it out! 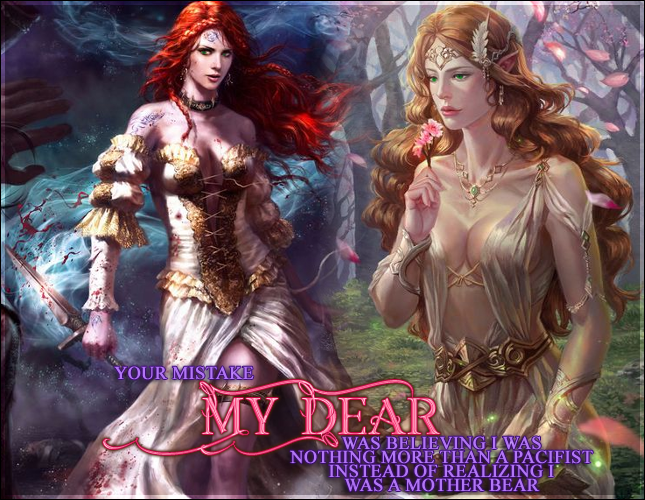 OOC: Brittlez the lovable Head Admin and Server Mom
IC: Angela is The Weaver of Life and Love.
Angela's 3 God Rules
1. Angela can create a garden of protection and healing around her on command.
2. Angela has supreme control over her domains and can trump the efforts of all others.
3. Angela can bestow her blessing upon the earth, accelerating the growth and vitality of all life present.
Angela Rose
Sun Nov 3, 2019 2:34 PM Post Subject: [EVENT]Interitus: A Tale of Mortals and World's End

Long was the battle against the eldritch pantheon, stretching the limits of mortal and immortal alike. The four battlefields were awash with cries and guttural screams for days as Dagron and Gol-Sleysh - along with their minions - were cut into again and again. Yet no matter how many blasts of light, blades, or mushrooms hit them; no matter how many of their numbers were swallowed by the earth or decimated by giant ents, the tide proved relentless if not seemingly immortal.

The Spotted Lactarius Indigo - a mushroom from native Feeorin - was supposed to be the key to wiping out Dagron and Gol-Sleysh. It cut into those two deeper than other attacks, but with every death they arose anew. Azhizheth, it seemed, would not let them die.

Up in his citadel in Calamity’s Edge, the mastermind behind it all taunted the people of the world. He sent his pets and elite guard to toy with the ill-fated army that had come into his home, and he tried, relentlessly, to turn them against one another. And who could blame him for this arrogance? He had the power of a young world tree at his command in a place where the Voice could not reach. Azhizheth had planned this war for longer than most of the mortals fighting against him had been alive.

But in his pride, the elder being did not see the plan that had been concocted in the jungles of Onnen. Just like during his first attempt to take Revaliir - the same one that had led to the death of Varya - a plant had been discovered. The seeds of that plant were what had been gifted in the endless pouches to defenders, and also what was eventually implanted into several of the Twisted.

Azhizheth wasn’t paying attention. He did not notice the seeds in his soldiers, having been too focused on breaking down the barriers surrounding defender camps. The Voice’s ingredient list for Dalanesca was proving quite effective, more than the invaders expected. The war seemed at a stalemate until suddenly all went still.

To the eyes of people in Calamity’s Edge, the former hellscape suddenly bloomed. Giant Empress Trees, natives to Copts Marsh and an invasive species, began sprouting from the seeds that had been lodged in bigger specimens. The Eye - or, rather, Azhizheth’s body - was surrounded: blanketed in a forest of purple blossoms that had an immediate effect.

Giant Empress Trees, as discovered in some areas of Copts Marsh, had a somnolent effect on Azhizheth himself. This was demonstrated on his reanimators in Onnen, and worked marvelously on the being himself when the trojan forest was erected. The terrible eye that had been watching this horrific battle, that it had started from the beginning, finally closed.

Back in Revaliir proper, the results of this were obvious. Dagron and Gol-Sleysh no longer returned from their mortal wounds, and the Twisted army ceased to move in unison. Azhizheth’s voice had fallen silent, allowing the people he was trying to subjugate to prevail. At last, the World Eaters had been stopped, and the beleaguered forces were allowed to let out a long suppressed cheer of joy.

Yet Calamity’s Edge remained. The Twisted there maintained their consciousness even without the presence of Pride to guide them. They replenished their numbers, guarding the stain of a city that had been their home. Never again would they venture beyond the Void, but their precious treasures remained under guard, watched by a silent eye in the middle of an odd forest.

TLDR:
Azhizheth was put to sleep by Giant Empress Trees whose seeds were in those pouches you guys got. This allowed Dagron and Gol-Sleysh to be vanquished without them reviving and also made the Twisted much easier to kill on Revaliir. Calamity’s Edge remains dangerous, however; so the Twisted are still active even though the place got a lot prettier.

Thank you everyone for making our anniversary event such a success! :3

OOC: Brittlez the lovable Head Admin and Server Mom
IC: Angela is The Weaver of Life and Love.
Angela's 3 God Rules
1. Angela can create a garden of protection and healing around her on command.
2. Angela has supreme control over her domains and can trump the efforts of all others.
3. Angela can bestow her blessing upon the earth, accelerating the growth and vitality of all life present.