The atmosphere felt electric, causing a tingling sensation across the skin of every being as the Heavens opened and the air filled with glittering dust - Stardust to be exact.

The Starfall Festival had begun.

Above the Ancense Mountains settled a shimmering aurora, glittering with every colour, shedding the delicate golden dust of the Heavens upon the world below and causing a euphoric state to those who touched it.

Those who ventured to the Festival were hit by a great sense of calm - a stark contrast to the God who commanded the Heavens themselves, but no matter, for the phenomena was very much linked to Raith’s heart regardless.

Creatures from all over Revaliir could feel the call of the Starfall, drawn to the magnificence of the aurora above and the shifting figures they could see within it. Without hesitation, the winged beasts took to the air to fly amongst the Stars where they were greeted by Celestials and other long since dead beings who had touched the aurora millennia before.

That was the risk of joining the Starfall, being caught in its serene feeling, that comfort like no other that filled your very being with a euphoria you could not ignore - for if you remain in the Heavens when the aurora finally dissipates, you run the risk of becoming Starstruck - consumed by the Stars themselves, to remain as part of the aurora for all eternity, returning only when Starfall returns to the world… so beware, enjoy the Festival, but do not linger among the Stars too long, or else you may not return…

Below the shimmering ribbon of Stars a great many stalls have set up, ready to celebrate this rare event. Food and drink are in abundance, souvenirs aplenty and several stables have arrived to offer those who do not have their own wings the rental of winged beasts to join the Stars for a time yourself. It’s a great chance to eat, drink and dance amongst the Heavens.

TLDR: The Starfall Festival has begun! Hire a gryphon, or a dragon, or some other winged creature and join the other in the stars while you can. Head to Ancense to enjoy a jaunt in the Heavens! Just don’t linger too long…

Prizes can be purchased from Namita’s Relics! 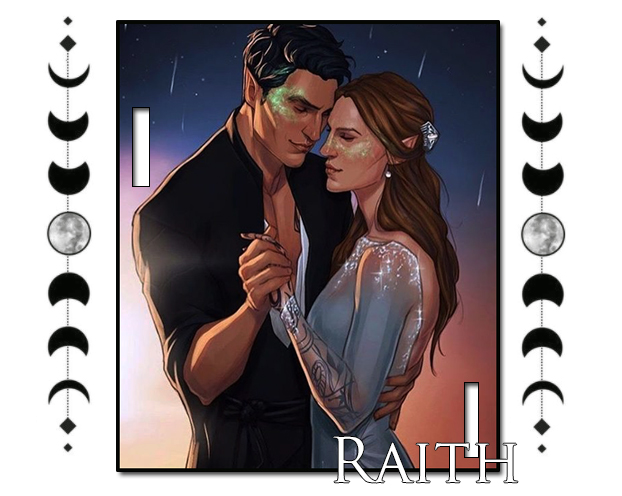 Raith; God of Wrath and the Heavens, Wrath Incarnate, Commander of the Celestial Fires, The Blind God and The Endless Rage

Raith's God Abilities:
1. As his rage increases, so too does his physical strength and the strength of his magic.
2. Able to call upon ‘Celestials’, physical beings from the Stars who will come to his aid, can call up to 10 at a time depending on the size and power they possess
3. Can wield Celestial Fire, essentially the fiery essence of a star, in a raging inferno